When I doodle – I draw flower based mandalas – I am not  sure that what I draw can technically be called ‘scribbling absent mindedly’ – the drawings are not perfect designs that use accurate concentric circles or realistic flowers. I started drawing them when I moved up to Edinburgh . I was a bit bored , lonely and wanted to improve my hand eye co-ordination. 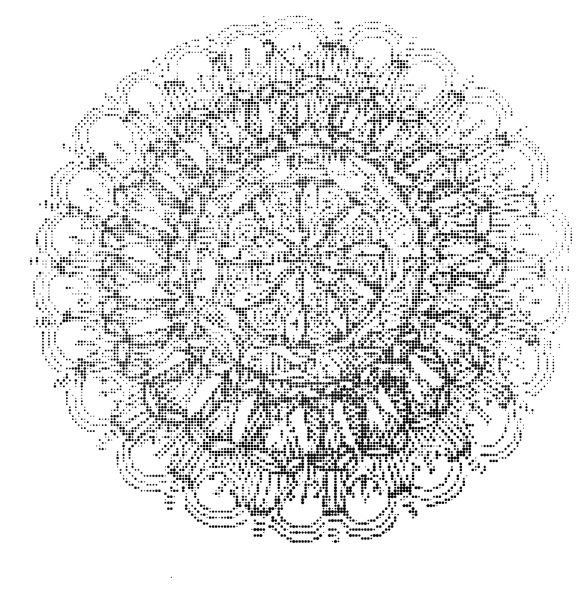 That was three years ago – I have been doing some research because I wanted to be more reflective about my rather excessive output. I tend to draw my ‘doodles’ on trains and planes – during stressful family situations and watching thrillers and suspense programs on the TV. In fact I have had to restrict my out put because I was getting repetitive stress pains in my hands

Below are my research notes :

Mandalas were first used in therapy by Carl Jung, who found that the act of drawing mandalas had a calming effect on patients while at the same time facilitating psychic integration.

Fascination with a circle

Instrument of self reflection

Spontaneity with which we create circles

Colours that you use important and shapes can have meaning

Personal growth as a cycle

use of circular forms for meditation and self-exploration are found in several cultures and religions, such as Native American, Celtic, Aboriginal, and Christian (Olsen & Avital, 1992).

Mandalas can represent spiritual wholeness and the equilibrium of all cosmic and life forces of our world, symbolizing the totality, including the outer as well as the inner forces

Students who participated in drawing their own mandalas reported higher self- awareness, unbiased processing, and personal development, supporting the premisethat the mandala can be an effective tool for helping people facilitate greater self- awareness, and moving toward a higher level of psychological well-being.

These results demonstrate that the circular shape of the mandala serves as an “active ingredient” in mood enhancement (Anastasia Babouchkina and Steven J. Robbins 2015 )

Mandala is Sanskrit for magic circle.Used for meditation and contemplative purposes

Traditionally, mandalas served a spiritual purpose and more recently they have been adopted as an artform

A mandala ‘‘expresses the totality of the psyche in all its aspects, including the relationship between man and the whole of nature’’ (Jaffe, 1964. p. 266), and may be regarded as ‘‘an archetypal symbol reflecting the common neuropsychological inheritance of humankind’’ (DiLeo, 1983, p. 13). It also represents ‘‘the center of personality, a kind of central point within the psyche, to which everything is related, by which everything is arranged, and which is itself a source of energy’’ (Jung, 1959, p. 357). 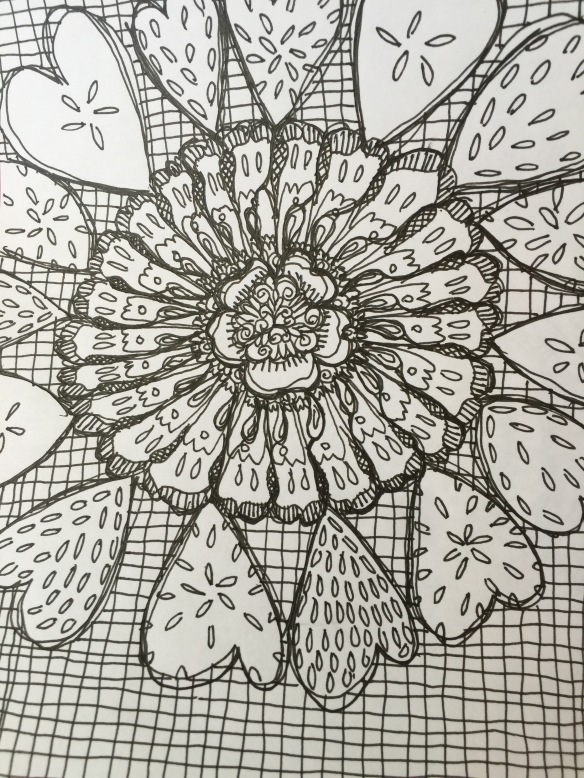 For Jung and others, mandalas often symbolize the Self, and appear sym- bolically to represent the striving for individuation, wholeness, and psychological integration through the reconciliation and unification of opposites (Arguelles & Arguelles, 1972; Clarke, 1994; Edinger, 1992; Fontana, 1993; Jung, 1959; Moacanin

have found that the construction of mandalas – particularly when drawn spontaneously – may be useful in the individuation process. Indeed, ‘‘the mandala image is not only a symbol of wholeness and healing, but can be actively employed as a means toward that end’’ (Clarke, 1994, p. 139).

Research with infants conducted by Fantz & Miranda (1975) demonstrated that people are born with a desire to look at circles. Kohler (1992) also found that circles are more quickly perceived and recognized as meaningful. Children as young as two years of age draw circles, and by age three children begin assigning meaning to the circular forms they created (Kellog, 1967). Therefore, drawing mandalas taps into a child’s natural affinity for circles.